60 Minutes on Sunday profiled the competition between Detroit and Silicon Valley for the development of an electric car (even though that race had already been won until Detroit decided to kill their prototypes). "The computer geeks in California are betting that their inventiveness can beat out Detroit's cumbersome bureaucracy in producing a viable electric car," said Leslie Stahl. It'll be interesting to see if the research and design processes of the tech world could innovate the stagnate car industry. (Silicon Valley doesn't have unions, for one thing.)

Which got me thinking about the Californication of all things vehicular. If car care had an architect, it might be Santa Monica's Steven Kanner. The modernist Kanner has overhauled other California classics, like the iconic In-n-Out Burger, and a few years ago, he started tinkering with gas stations. On a trip to L.A. last February I talked with Kanner about his partnership with United Oil Company to design a 20,000 sq. ft. gas station on LaBrea in Ladera Heights (around the same time, Curbed L.A. was bitching about the project not being finished yet). The station emulates the elevated curve of a highway interchange ramp, with one of the sweeping planes carrying drivers up and over the minimart to a car wash. The interior store is set up more like a boutique market than a roadside Exxon. (Business Week did a piece on United Oil and Kanner's design last year; so did Architect.) Here are some shots from Kanner's site: 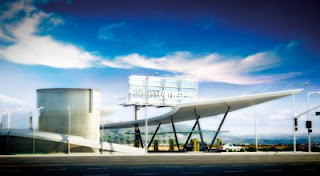 Rendering (above) Reality (below). Construction shots: 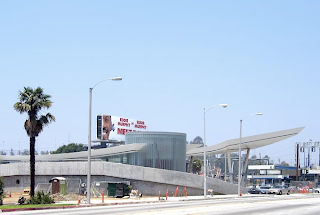 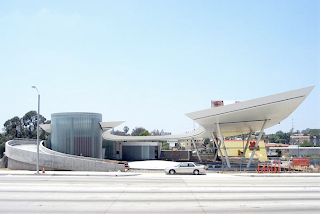 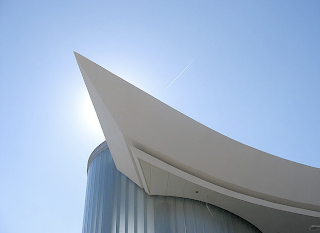 Now it appears Kanner is in the design phase of a 35,000 sq. foot gas station prototype with sustainable features, including a roof and a southfacing wall composed of photovoltaic panels that would produce enough energy to run the station and return energy to the city grid. Will it produce enough electricity to run the car that your Northern California neighbors are trying to develop? As with most (speculative/green/sustainable) design these days, I guess we'll have to wait and see if research and renderings become reality. 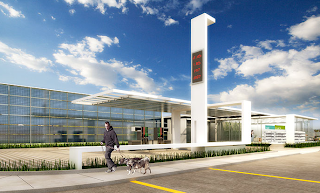 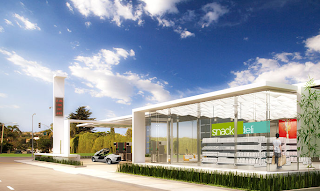 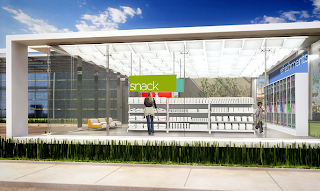 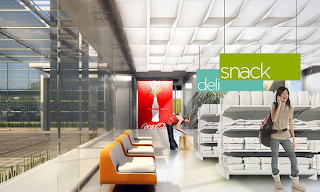 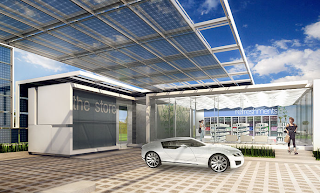 Posted by Urban Palimpsest at 7:31 AM