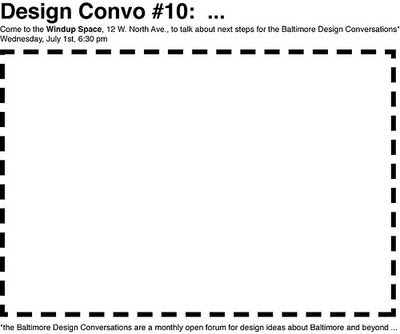 It's hard to believe, but it's been almost a year since the launch of the first Baltimore Design Conversation. The event came together shortly after a public meeting regarding the formation of a design center here. A group of volunteers (myself included) realized how much interest there was out there and decided to create a get together in an informal setting to talk about subjects surrounding design. The event is now held the first Wednesday of every month at the Windup Space (12 W. North Ave.) at 6:30 pm. It is free and open to the public and loosely curated by volunteers around a series of topics related to design, art, architecture, cities, and whatever else is on peoples' minds. There is a cash bar and an A/V hookup available, so people have brought presentations to project via laptop and we've had the occasional live feed from another city.

Past topics have included things like "making sustainability visible," "cultural containers," "projects," "food," and "waste." You can see pictures and flyers from the events on the new D-Center Baltimore flickr page.

Design Conversation #10 is next week, Wednesday, July 1. For those of you familiar with these events, it will be a slightly different approach. Having done this for about a year now, we wanted to take the chance to just meet for happy hour and discuss where this thing is going next. No presentations, just talking about ideas with friends. We'd love it if you would join us. 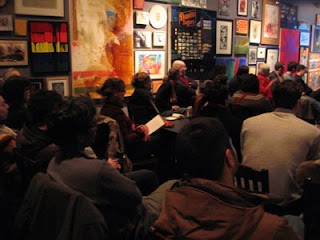 The crowd at a previous Design Conversation.
Posted by Urban Palimpsest at 8:18 AM Links to this post

Speaking of links, I found this great short video by Drury Bynum from last weekend's Honfest in the Hampden neighborhood of Baltimore. He was set up outside the clothing store, Shine Collective. You can check out more videos from Drury (and see the clothes, accessories, and such available at Shine) on the Shine Collective blog.

HONFEST - 2009 from SHINE COLLECTIVE on Vimeo.

Posted by Urban Palimpsest at 12:37 PM Links to this post 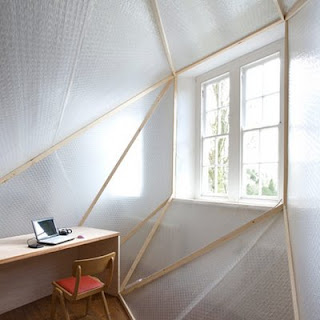 One of the beautiful (and time-sucking) aspects of the Web is clicking from one site to the next following a series of links to a new discovery. I started off by checking in on Karrie Jacobs' blog The Itinerant Urbanist and randomly clicked the Atelier A + D site on her link list. It was there that I saw reference to a project by Berlin architects Davidson Rafailidis originally published in Dezeen, the online design magazine. Called Selective Insulation, the architects designed a smaller, insulated room into a larger room. The architects wrapped double-ply bubblewrap (often used in greenhouses) around a wood frame to create an office space inside a chilly artist's residence in the UK. An interesting solution for all those mammoth warehouse spaces here in Baltimore... 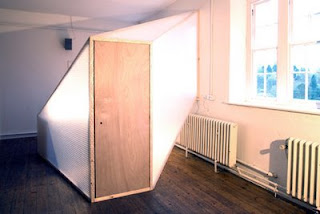 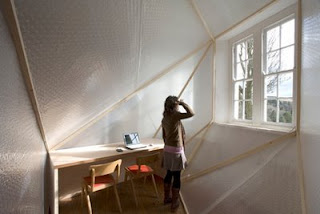 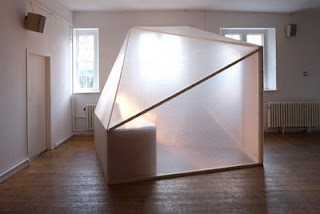 Photos by Steve Mayes Photography. Originally posted on Dezeen.
Posted by Urban Palimpsest at 3:38 PM Links to this post 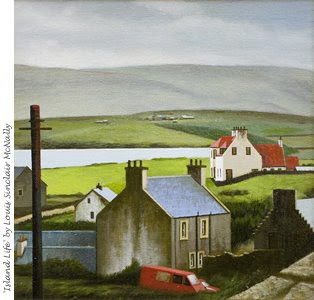 The painting of Scotland is on the cover of Susan McCallum-Smith's new book, Slipping the Moorings. You can hear the author tonight at the Roland Park branch of the Enoch Pratt Library.

I grew up in a small town in the foothills of the Blue Ridge mountains. My father taught history at a college and the four of us—mom, dad, my older brother, and I—lived nearby on an acre of wooded and hilly land. It was a magical place for a kid, with its hollow boxwood bushes converted into forts and the deep and mossy woods to explore. Tinker Creek flowed out of the mountains and edged along our backyard, providing miles of sandy beds to investigate. There is something about growing up in the south (and growing up the daughter of a history professor with a knack for weaving a good narrative) that imbues you with a reverence for stories and a kind of aching nostalgia for place.

It's no wonder, then, that I have an affinity for fiction with a strong tie to the landscape. Susan McCallum-Smith, a Baltimore writer by way of Glasgow, Scotland, recently released her first book of short essays, Slipping the Moorings and I was immediately drawn in. The writing jumps from Scotland to Mexico to New York and Canada and in each story, place is a main character (with the exception, perhaps, of "Housekeeper," which is very much character-driven).

In a darkly funny and tragic story about life in a Glasgow high rise, the main character dreams she is a child again flying above the land below:

She swoops high, high over the top of the high rise, and down its other side, brushing the tips of those red and gold and orange leaves all stirring together in the park, skirting the gravy-brown burn, and the Maxwell's prize-winning Highland cows that stop chewing and lift their marmalade heads to watch her.

In a few brief sentences you are transported to that topography. It becomes personalized—those aren't just any cows, they are the Maxwell's prize-winning cows—and the choice of "marmalade" to describe their heads adds to the wonderful image of them lazily chewing their cud and eyeing this child as she soars overhead.

In the title story "Slipping the Moorings," an ex-pat son returns from America to visit his father. The son struggles with the competing nature of two places: home in America and his familial home on the shores of Scotland:

I left him refilling his pipe and went outside to look at the stars. There were no stars. Low clouds smothered the peninsular. I tasted their thick dampness. I walked away from the cottage until its lights cast no relief on the heaviness around me and stopped when my stumbling was liable to lead to hurt. The sea breathed behind me while the soil sucked at my feet and swallowed the soles of my leather shoes. The nearest a man can come to death is to stand at night on our land. I'd forgotten how much I missed it in the constant brightness of America, where the day's end brings not true darkness but merely the temporary absence of light.

McCallum-Smith's focus on place does not mean that the people who populate Slipping the Moorings are pale sketches. Quite the opposite. They are strong characters inhabiting a rich topography, a keen reminder that we are products of both where we are now and where we have been. Place, even in its absence, defines us.

McCallum-Smith (pictured above) reads from Slipping the Moorings tonight at the Enoch Pratt's Roland Park Branch at 6:30 PM.
Posted by Urban Palimpsest at 10:07 AM Links to this post 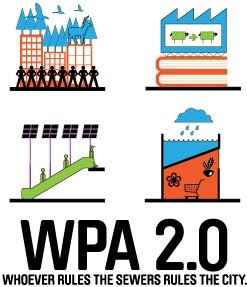 I've lived downwind from a major sewer replacement project in Baltimore for several years and know firsthand the impact of aging infrastructure. Recently another sinkhole disrupted business and traffic downtown.

Infrastructure has been on my mind for some time now, so I was happy to see the announcement from UCLA's urban think tank, cityLAB, about a new competition focused on the topic. WPA 2.0: Working Public Architecture is an open competition that seeks "innovative, implementable proposals to place infrastructure at the heart of rebuilding our cities during this next era of metropolitan recovery."

It caps off a year that has been full of WPA references. There's been lots of discussion about bringing back the spirit of the New Deal's Work Progress Administration. Ready Made magazine did a nice spread back in January honoring the WPA's signature design aesthetic. They asked contemporary designers to re-imagine WPA posters for today's world: 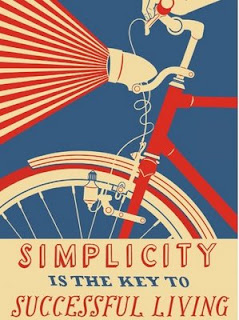 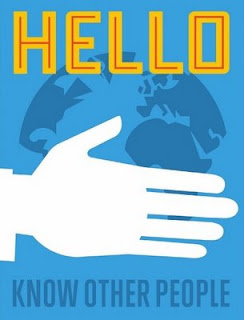 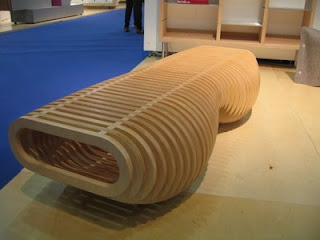 The Infinity Bench by Paris-based architect Carl Fredrik Svenstedt is fabricated out of flat sheet furniture grade plywood. The rings are concentric hoops, sliced like the layers of an onion.

With the way the development market is going—even Frank Gehry is getting value engineered out of projects —architects may want to turn their creative energies elsewhere. Architects often design their own furniture for site-specific projects and more and more they seem to be creating replicable lines. There is now a new Web site dedicated to furniture designed by architects: Lerival. I met the (slightly bleary-eyed) co-founders, James Coombes and Dominique Gonfard, at the International Contemporary Furniture Fair several hours after the site went live. They told me that they developed the online store because there is a dearth of outlets for furniture coming out of the architecture community. "Often you find out about it by accident," Dominique told me. When you visit an architect's Web site, she said by way of example, you rarely see a portfolio of furniture. 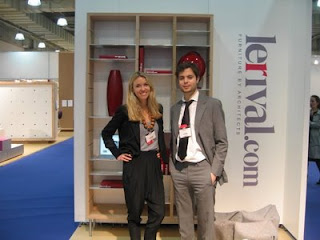 Dominique Gonfard and James Coombes in their booth at ICFF.

The Infinity Bench, pictured at the top of the post, definitely caught my eye. Other pieces for sale on the site include: 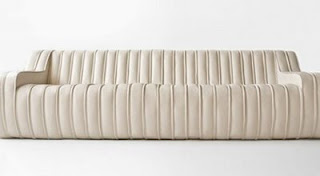 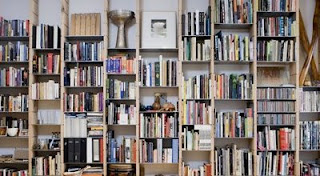 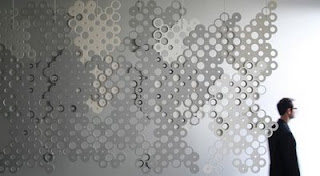 A screen system comprised of a series CNC milled panels created by New York's Moorhead & Moorhead
Posted by Urban Palimpsest at 8:19 AM Links to this post

I'm on Amazon the other day looking for a book and the first thing I see on their homepage is the following:

Ooh, that's a tough blow to the Gray Lady. As if newspapers weren't in enough trouble, here's a reminder that you never need to buy one again.
Posted by Urban Palimpsest at 9:14 AM Links to this post