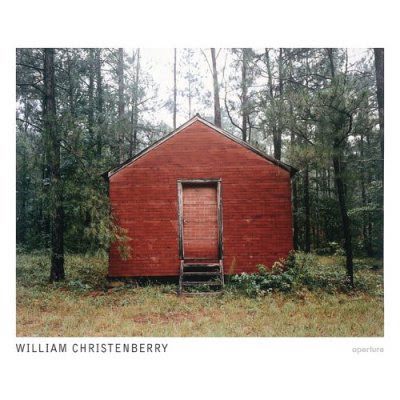 The Gibbes Museum of Art in Charleston, SC has a William Christenberry exhibit up through March. Christenberry has been a professor at the Corcoran College of Art and Design, Washington, D.C. since 1968. For more than 40 years he has returned to his hometown of Hale County, Alabama, to photograph the landscape and the buildings. This exhibit starts with the photos he took on a Kodak Brownie camera in the '60s and runs through 2005, when he used large format film.

Christenberry's images are a strikingly simple documentary of this place over the last four decades. In aggregate, the collection is a case study of the concept Stewart Brand discussed in his book How Buildings Learn: What Happens After They're Built. What happens to a structure through the decades? How does it change, adapt, learn, or fail? Christenberry shows the evolution — or in Hale's case often the deterioration — of the manmade over time. There are no pictures of people in this particular exhibit, but the ghosts of the residents are omnipresent. You can envision the men and women behind the rural imagery. And you can see the overwhelming power of nature. One image shows what appears to be a sculpture in shrubbery. On closer examination, you see it is in fact a building overtaken by kudzu. Where did the owner of this building go? 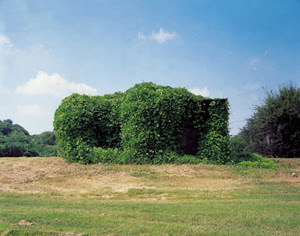 Walking the streets of downtown Charleston after seeing Christenberry's work, I am struck by the nature of the South in its other form: tamed and pruned to frame the historic structures with their cupolas and porches and leaded glass windows. Quite a different picture.
Posted by Urban Palimpsest at 12:33 PM