Tattered Fragments of the Map 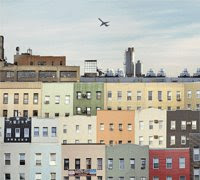 On May 16, the exhibition Photocartographies, Tattered Fragments of the Map opens at the g727 gallery in Los Angeles. I'm contributing an essay to the accompanying book, which is much more than your typical exhibition catalogue. "Rather than drawing conclusions from the work presented in the exhibition, this collection of texts is offered as a projection, a departure, a tangent, a gesture towards new territories for thought and inquiry," explain curators Brian Rosa and Adam Katz.

You can preorder the book and help support the exhibition. And to entice you, I've included an expanded abstract about my own contribution below...

The Rise of the User Generated City 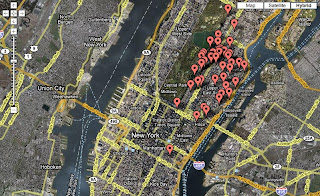 Maps are often taken as reality, as objective presentations of fact, but anyone studying cartography recognizes maps as a relatively subjective form. They are communication tools rooted in culture and history and how we understand territory depends on our perspective. Interpretation, bias, and circumstance play a large role. Take, for example, the research of Ohio-based archivist William C. Barrow. In 2003 he studied the maps of Cleveland and found, among other things, subdivisions that were never realized. “Inaccuracies in local history maps are most often caused by the failure of commercial map makers to keep track of changes in the community, or by their need to incorporated the newest information as it comes available, sometimes adding features that ultimately never appear on the ground,” he writes.

Today, new technologies allow improved tracking of those changes in community that Barrow references. Google Earth affords extraordinary visual access to the world, allowing us to zoom in on 360-degree street-level images and see a place for ourselves. It creates a sense that the cartographer’s subjectivity has been replaced by literal images of what exists. (And yet, that image is still just a captured moment in time. Google my own home and you’ll find an image of my husband in the driveway unloading the trunk of our car after a vacation. A vacation that we took more than a year ago.) 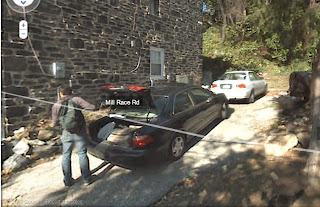 Conversely, as mapping software becomes more ubiquitous, individuals have the capacity to formulate their own subjective maps. We can layer subsets of information—stories, concepts, architectural speculation—onto geographies. The Web site Mr. Beller's Neighborhood maps New York via oral histories. Click on a tab and you can read a story about what happened at that address. The Green Maps movement looks at cities through the lens of sustainable businesses and resources. Our personal worldview can filter our spatial experience to create individualized interpretations of cities. The map key is expanding exponentially as data can be overlaid by anyone. We now have the power to map minutia at a grand scale. 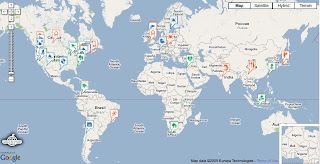 The world according to Green Map

Cities themselves are embracing this user generated approach. In Baltimore, the department of tourism recently launched a new Web site based on a concept known as “My Baltimore.”

This article explores a series of questions arising out of the unprecedented access to mapping technologies. What impact does user generated mapping have on our perception of cities and space? Will access to photocartography, like Google Earth, bias our understanding of what a particular geography can achieve? Or will the various filters, the many different perspectives, open us up to new possibilities? What happens when we become the cartographers of our own lives?

Posted by Urban Palimpsest at 3:40 PM